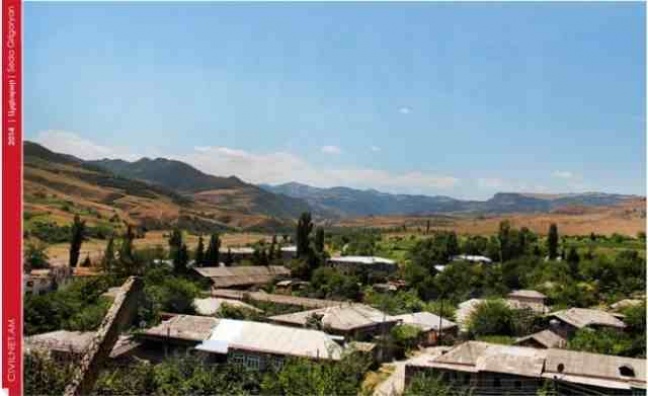 In the early morning hours of August 2, Azerbaijani military posts launched mortar fire in the direction of residential homes in the village of Voskevan along the state border of Armenia and Azerbaijan. There are no reported casualties on the Armenian side. Residents informed CivilNet that the mortar projectiles fell near the Armenian military post in Voskevan.
The village mayor of Voskevan Seryoja Aleksanyan told CivilNet that the mortar fire began in the early morning hours but was quickly silenced by Armenian military forces. “Since 7:00 AM this morning, all is calm,” Aleksanyan said.
There is relative calm in Dovegh as well although residents advised CivilNet that sporadic gunfire could be heard. Today, villagers have not gone out into their fields and orchards which are in the direct line of vision of Azerbaijani posts.
The village of Berkaber also came under fire. On August 1, Azerbaijani military forces also fired on the Armenian military base near the village of Baghanis. The Voskepar-Baghanis section of the Yerevan-Tbilisi highway has been closed for security purposes. An alternative road is being used.

In the early afternoon of August 2, the village of Barekamavan in the Tavush marz came under heavy gunfire. Village mayor Gagik Abazyan informed CivilNet that the gunfire aimed at the village lasted 15 minutes.
“The Armenian side was able to silence the adversary in a short period of time,” Abazyan said.
He also noted that news of evacuation of residents do not correspond to the reality on the ground. “There is tension but life in the village is progressing normally,” he said.