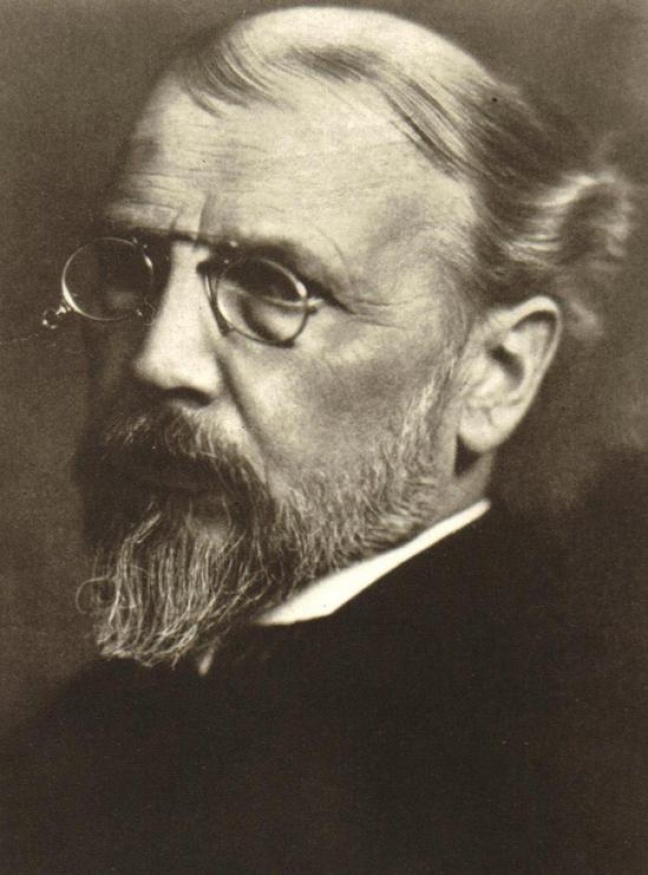 Johannes Lepsius is known for his work as a pastor and humanitarian who intervened on behalf of the Ottoman Armenians in the late 19th century.

When the genocide began, he returned to Constantinople from Berlin and tried in vain to dissuade the Young Turk leaders from their extermination project. His report on the systematic elimination of the Armenians through murder and deportation raised the alarm in Germany.

What is less well known about Lepsius, the “German exception,” is that he established the German-Armenian Society, an organization that has just celebrated its 100th jubilee. Together with journalist Paul Rohrbach and the Armenian writer Avetik Issahakyan, Lepsius founded the “Deutsch-Armenische Gesellschaft” (DAG) in June 1914, with the aim of promoting understanding between Germans and Armenians, as well as catering to the needs of Armenians living in Germany. In addition, the DAG intervened to protect the interests of Armenian minorities in Turkey and other countries of the region.

On June 14 of this year, the DAG and the Lepsiushaus (the research and meeting center located in Lepsius’s family estate in Potsdam) together celebrated the centenary with a conference and commemorative ceremony, at a time when events recollecting the outbreak of the catastrophic First World War are being organized internationally. In addition to Dr. Rolf Hosfeld, the director of the Lepsiushaus, and Dr. Raffi Kantian, president of the DAG and publisher of its quarterly journal, the Armenisch-Deutsche-Korrespondenz, were political, intellectual, and religious figures in attendance.

Following opening remarks by Hosfeld and Kantian was Prof. Manfred Aschke, president of the Constitutional Court in Thuringia, as well as member of the Lepsiushaus board. Aschke, who is the grandson of Johannes Lepsius, spoke about the period between the Armenian reforms of 1913 and the genocide, and the corresponding changes in the tasks of the DAG. Prof. Hacik Gazer, anArmenian from Istanbul, who is professor of Oriental Church History at Erlangen, illustrated German-Armenian cultural cooperation during the 19th century, taking the example of Armenian students.

How Germany has dealt with the genocide became a focus of discussion in a lecture given by Dr. Christoph Bergner. A member of the German parliament (Bundestag), Bergner talked about the 2005 resolution on the massacre and expulsion of the Armenians, which urged the government to support efforts in Germany towards reconciliation. As he pointed out, the problems addressed in the initiative have still not been resolved. Prof. Armenuhi Drost-Abarjan, the leading Armenologist in Germany, presented the cultural-political collaboration between the federal state of Saxon-Anhalt and the Republic of Armenia.

A roundtable discussion brought together several political figures, including Bundestag members. Under Kantian’s moderation, the participants assessed the current situation of relations among Armenia, Germany, and Europe, with a view to the future.

The festive celebration in the evening opened with music by tenor Artak Kirakosyan and baritone Asatur Baljyan. An ecumenical prayer for the founders of the DAG and those they protectedwas offered by Archbishop Karekin Bekdjian, Bishop Markus Dröge, and Ecumenical Episcopal Vicar Father Matthias Fenski. This was followed by greetings presented by Gunter Fritsch, president of the State Parliament of Brandenburg, Hasmik Poghosian, cultural minister of Armenia, Stephan Dorgerloh, cultural minister of Saxon-Anhalt, Martin Gorholt from the Brandenburg State government, and Jann Jakobs, mayor of Potsdam, which is the capital of Brandenburg.

After another musical interlude by the vocalists, Prof. Jan-Hendrik Olbertz, president of Humboldt University, delivered the keynote address. A former cultural minister of Saxon-Anhalt, he spoke about the cultural cooperation between that federal state and Armenia.

The evening celebration took place in the Brandenburg State Parliament, housed in a magnificent castle that, torn down in the 1960’s, was rebuilt and has just recently reopened. Attending the conference and reception were more than 250 guests.

“The Frankfurter Allgemeine Zeitung referred to Johannes Lepsius recently as a representative of the politics of law in a period in which international relations were characterized by anything but principles of law. Implementing such principles of law in the ‘Armenian question’ served the lobbying of the German-Armenian Society in its foundation before World War I, and these principles characterize its successors‘ work still today…

Johannes Lepsius was a German exception. This is the title of a book that we published last year, with the acts of a scientific conference held at Potsdam University. A free conscience and the resulting responsibility for human rights for him always stood above national claims to power, also and especially in times of violence and war… The Lepsiushaus sees itself in his tradition and in this spirit as an institution for scientific research and debate as well as political education and dialogue with civil society aims.

“The common aims and activities of the Lepsiushaus and German-Armenian Society have come about as an expression of their similar traditions and tasks. On this occasion, I would like to thank Raffi Kantian, who has participated in several conferences we have organized at the Lepsiushaus since its opening, as speaker, podiums discussion member, and especially through his constructive, stimulating contributions. I have the impression that we understand each other very well on a principled level. Like us, he is a promoter of dialogue, impressively documented in the Berlin lecture series, and a convinced representative of what, in the spirit of Lepsius, I would like to call a morally grounded Realpolitik…”