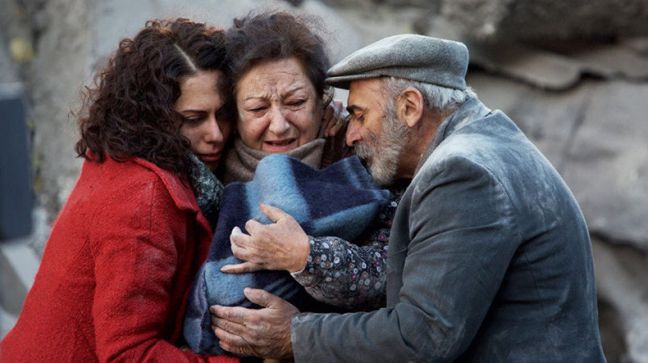 Members of the National Film Academy of Armenia voted for Sarik Andreasyan’s “Earthquake” film to nominate for the Oscar in the “Best Foreign Language Film”.
To remind earlier, the National Film Academy of Armenia has received three applications for submission to the 89th Academy Award. The movies submitted are Jivan Avetisyan’s “The Last Inhabitant”, Davit Safarian’s “Warm country, cold winter”, and Sarik Andreasyan’s “Earthquake”.

The voting was held in two rounds, in which   “Earthquake” received the most votes by a simple majority. 24 out of the 26 members were present at the secret voting.

“We should choose one film to be part of some processes,” Harutyun Khachatryan, head of the National Film Academy, told.