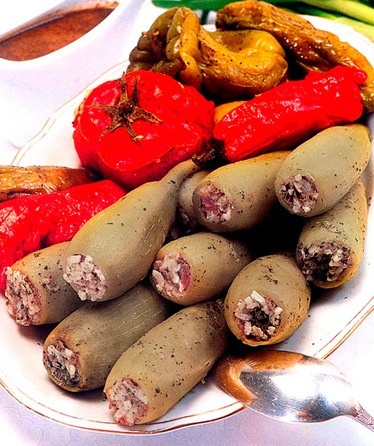 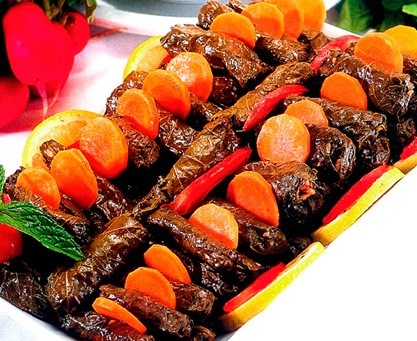 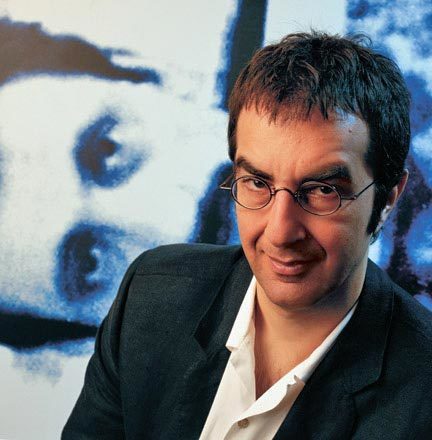 LOS ANGELES—Two days before the anniversary of the Armenian Genocide of 1915, two artists of Armenian descent will come together to discuss its lasting impact. The Hammer Museum will present filmmaker Atom Egoyan and musician Serj Tankian in conversation, on Sunday, April 22, at 3 p.m. Admission is free.

Atom Egoyan’s critically acclaimed films include Chloe, Speaking Parts, The Adjuster, Exotica, The Sweet Hereafter (nominated for two Academy Awards), and the award-winning Ararat, a meditation on the Armenian Genocide. His work has been featured in international retrospectives including at the Centre Pompidou in Paris and at the Venice Biennale. 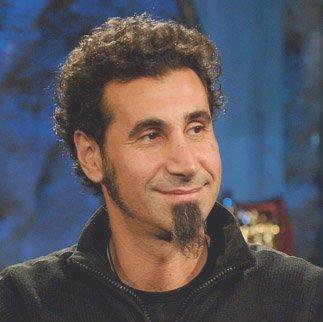 Serj Tankian is a Lebanese-born Armenian American singer, songwriter, activist, and composer. Tankian has released five albums with the rock band System of a Down, one with Arto Tuncboyacıyan, and two solo albums. In 2002 Tankian and Rage Against the Machine/Audioslave guitarist Tom Morello co-founded a nonprofit activist organization, Axis of Justice. In 2011 Tankian was awarded the Armenian Prime Minister’s Medal for his contributions to the recognition of the Armenian Genocide and the advancement of music.

Related Screenings:
Ararat: Monday, April 16, 7pm – Billy Wilder Theater, Hammer Museum
Ararat is loosely based on the Siege of Van during the Armenian Genocide. While exploring the human impact of that specific historical event, the film also examines the nature of truth and its representation through art. Ararat stars Charles Aznavour, Christopher Plummer, and David Alpay and won several awards, including Best Film on Human Rights by the Political Film Society of Hollywood and the Freedom of Expression Award from the National Board of Review in New York. (2002, Dir. Atom Egoyan, 115 min.)

Hammer Conversations
This ongoing series pairs creative thinkers from a range of disciplines for engaging, provocative discussions on culture, science, and the arts.

All Hammer public programs are free. Seating is on a first come, first served basis. Hammer members receive priority seating, subject to availability. Reservations not accepted, RSVPs not required. Parking is available under the museum for $3 for 3 hours.

About The Hammer Museum
The Hammer Museum, a public arts unit of the University of California, Los Angeles, is dedicated to exploring the diversity of artistic expression through the ages. Its collections, exhibitions, and programs span the classic to the cutting-edge in art, architecture, and design, recognizing that artists play a crucial role in all aspects of culture and society.

The museum houses the Armand Hammer Collection of Old Master, Impressionist, and Post-Impressionist paintings and the Armand Hammer Daumier and Contemporaries Collection. The Hammer’s newest collection, the Hammer Contemporary Collection, is highlighted by works on paper, particularly drawings and photographs from Southern California. The museum also houses the Grunwald Center for the Graphic Arts, comprising more than 45,000 prints, drawings, photographs, and artists’ books from the Renaissance to the present; and oversees the management of the Franklin D. Murphy Sculpture Garden on the UCLA campus.

The Hammer presents major single-artist and thematic exhibitions of historical and contemporary art. It also presents approximately ten Hammer Projects exhibitions each year, providing international and local artists with a laboratory-like environment to create new work or to present existing work in a new context.

As a cultural center, the Hammer offers a diverse range of free public programs throughout the year, including lectures, readings, symposia, film screenings, and music performances. The Hammer’s Billy Wilder Theater houses these widely acclaimed public programs and is the new home of the UCLA Film & Television Archive’s renowned cinematheque.

Admission: $10 for adults; $5 for seniors (65+) and UCLA Alumni Association members; free for Museum members, students with identification, UCLA faculty/staff, military personnel, veterans, and visitors 17 and under. The Museum is free on Thursdays for all visitors. Public programs are always free.

Location/Parking: The Hammer is located at 10899 Wilshire Boulevard, at Westwood Boulevard. Parking is available under the Museum. Rate is $3 for three hours with Museum validation. Bicycles park free.