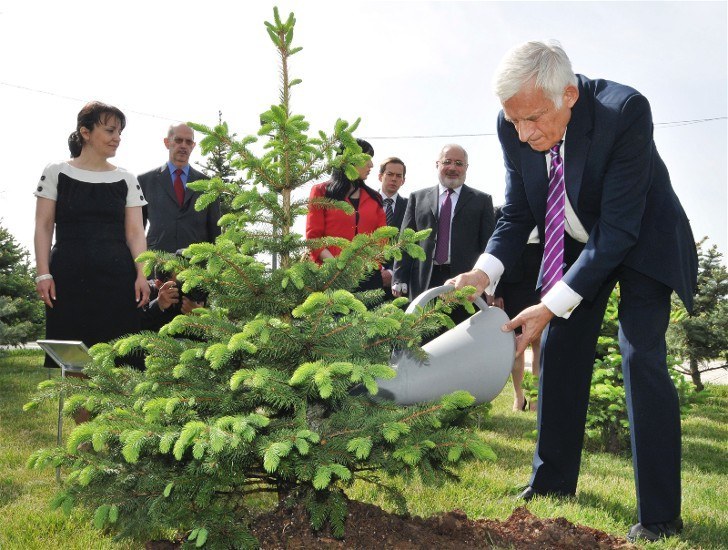 "I had frank and honest discussions with the Armenian leaders and representatives of the opposition. I have very strongly expressed the European Parliament's desire to fully engage in cooperation with Armenia both bilaterally and multilaterally in the framework of the Euronest Parliamentary Assembly. The European Parliament is committed to further deepening our relations.

I have discussed Armenia's reform agenda. Reforms are always the choice of the people. I come from a country which has successfully walked this path. The EU is here to offer a partnership to promote the reform agenda.

I called on the Armenian authorities to speed up reforms especially in the field of transparency, democracy, judiciary, rule of law and the respect for human rights. I particularly pointed to the importance of enhanced media pluralism and also the improvement of the electoral conduct and its implementation.

I have also discussed the situation of Nagorno-Karabakh. I have explained the European Parliament's position that a military solution is not an option. All parties should seek a peaceful resolution of the conflict on the basis of international law. The European Parliament fully supports the Minsk Group efforts based on the Madrid Principles, which need to be considered as a package.

I champion the "more for more" philosophy. More reforms and further compatibility with our system will result in mor tangible EU engagement and assistance. This is a perspective worth pursuing with determination and consequence".