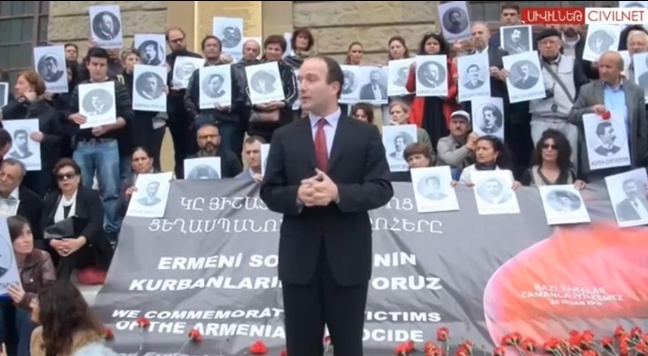 In the early morning hours of April 24, a silent commemoration was held in front of Haydarpasa Train Station in Istanbul. Ninety-nine years ago, 250 Armenian intellectuals were rounded up on this day and brought to Haydarpasha by ferry. From here they were sent to different parts of the Ottoman Empire, most never to be seen again. CivilNet spoke to some of the organizers and participants at the commemoration about the symbolism and meaning of this site.